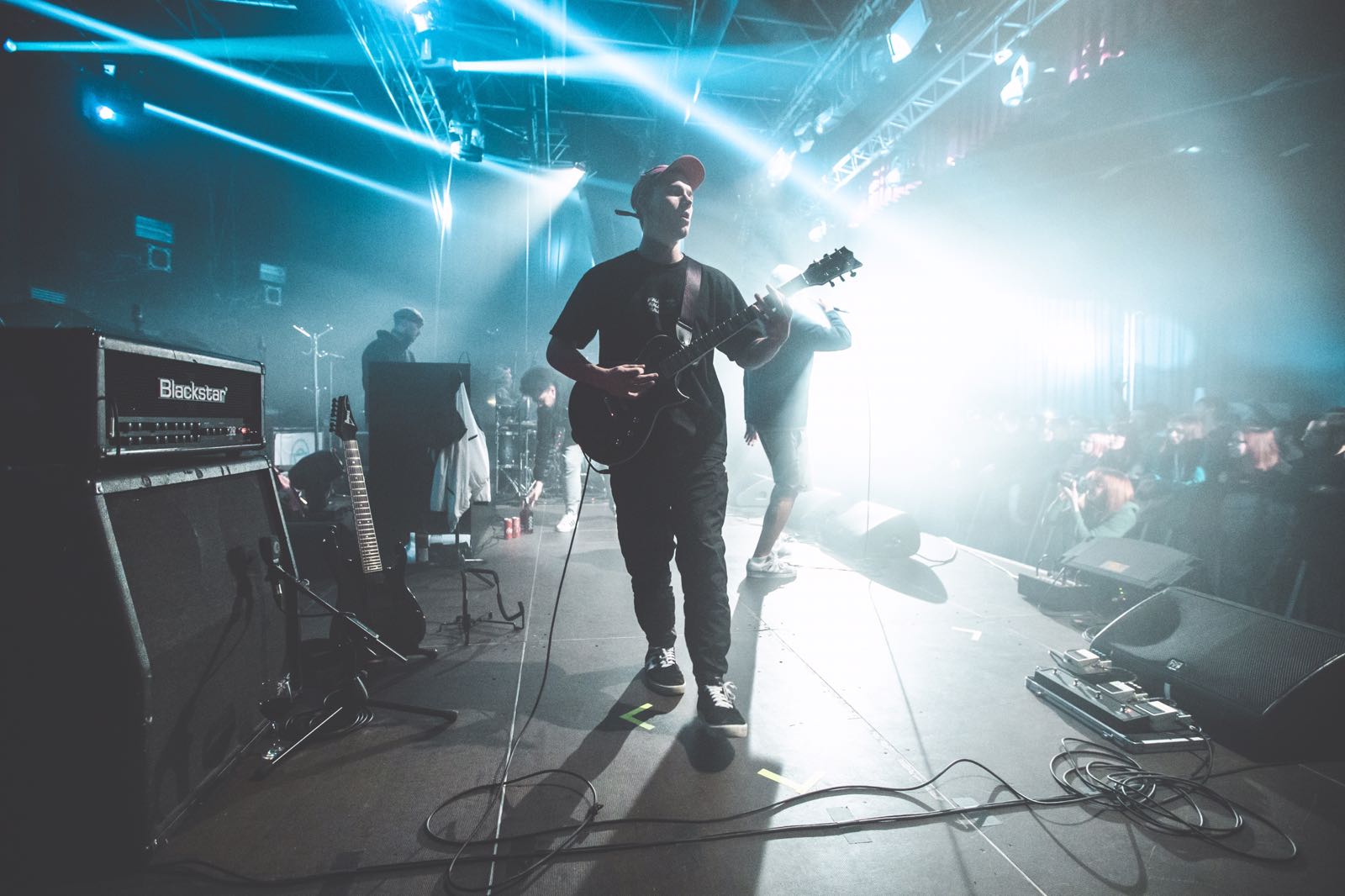 Started in 2012 by co-frontman Traxx, the intention was to create something that merged his past as a punk kid with his transition into grime in his late teens. Calling upon an old friend in DJ Comfort, Traxx was able to get the project off the ground with small hip-hop shows around Cardiff. DJ Dellux was already making a name for himself in Cardiff, having his own youth centre radio show at the age of 14, producing beats, and agreed to join Astroid Boys after hearing about the band’s direction and goals. Their hardcore hustling lead to them playing raves around Cardiff, where they frequently performed alongside ‘rival’ MC Benji. It became apparent that Traxx and Benji worked well together, creating their trademark co-frontman set-up. Long-time friend – and metal fan – Harry was recruited to provide live drums, and since then the gang has had an ever-extending crew, both live and in the studio.

Rising out of Cardiff’s unlikely CF10 area code, Astroid Boys have cultivated a movement that transcends multiple sub-cultures – a growth that defines them less as a band, and more as voice for the youth.

With a DIY ethos rooted in the punk and hardcore scene, mixed with the raw, narrative approach of grime culture – their sound fuses together multiple perspectives, channeling their aggressions and woes into a platform for creative expression and escapism.

Bringing everything to a climax through their high-energy live shows, the combination of attacking vocals, crushing guitars and Dellux’ signature production never fails to get a crowd bouncing, both cult followers and innocent bystanders alike.

‘A good friend from another well-known band put me in touch with Rotosound strings, due to demanding tours across the U.K and Europe a string endorsement was a must.’