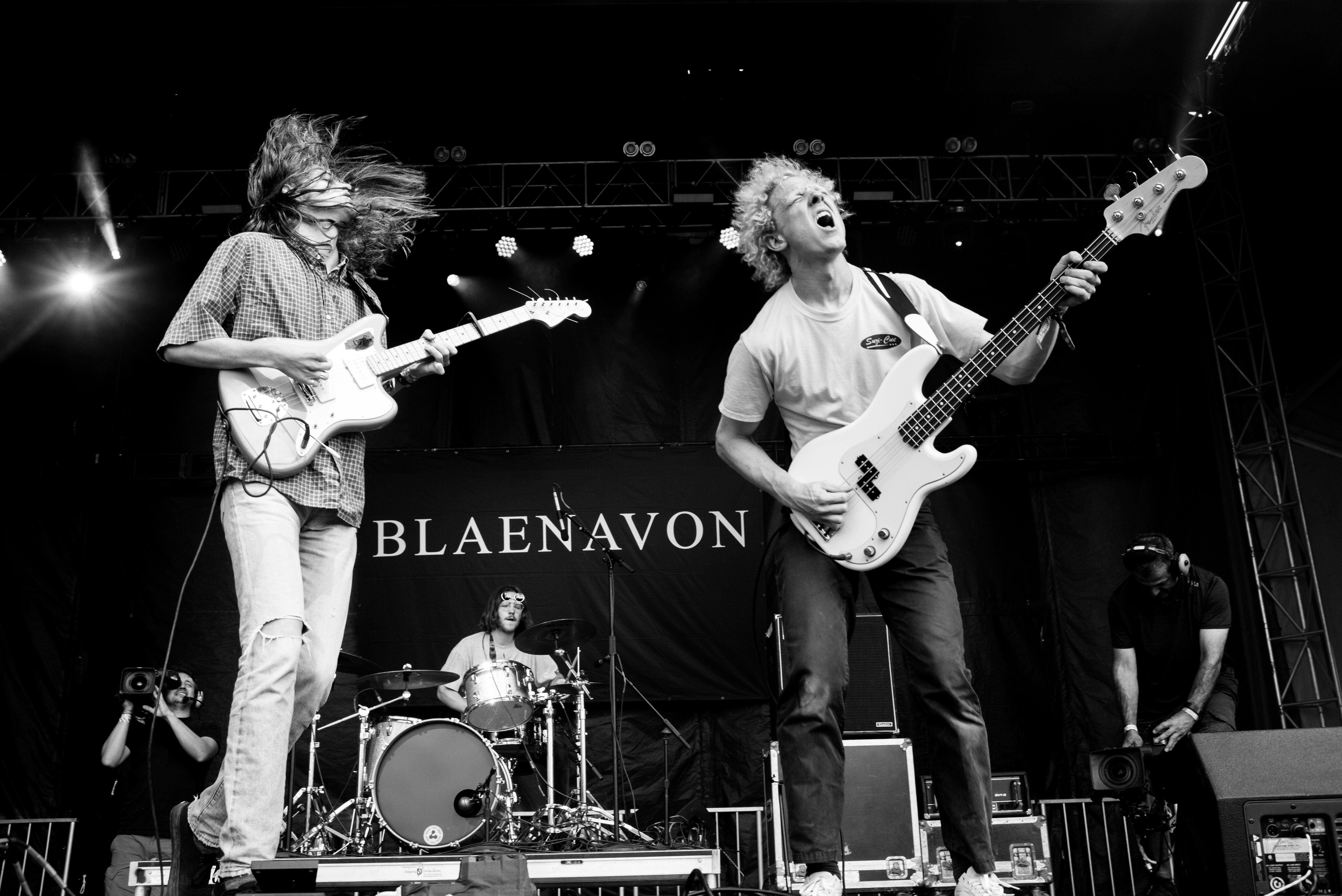 The story of Blaenavon might be quite easily told: three teenage friends who entered a school talent contest, posted their songs online, and sprawled their way through early gigs, gathering a devoted fanbase and critical acclaim as they went. A band who, after the juggle of exams, EPs, record company attention, have finally delivered a debut album that is sumptuous and thrilling and brave.

Ben Gregory, Frank Wright and Harris McMillan were 14 and living in Hampshire when they first performed a slightly shambolic cover of Muse’s Knights of Cydonia in front of a judging panel of three geography teachers sitting on plastic chairs. The teachers were bemused, their fellow students rapturous, the boys themselves so lit up by the experience that they took up residence in a bedroom at Wright’s house, recording as they wrote, swiftly posting their songs to Soundcloud. It was a process that proved impulsive, instinctive, compelling. Soon they were hitting the monthly download limit, music blogs sought them out, and gig offers followed.

But Blaenavon were young yet, their attentions still somewhat scattered. They released a handful of songs, focused more of their attention on their A-levels — on studying jazz double bass and Mary Shelley’s Frankenstein, than the pursuit of rock stardom. In the autumn after college however they made the decision to postpone university to record their debut album, decamping to a houseboat in Gloucestershire, a place where they could be cut off from the world and work on their music. It did not go particularly well. “I think all of us fell into floating around because we had suddenly been given all the facilities and the time to make this thing and we realised how difficult it was to create this seminal piece,” says McMillan. “It was kind of a weird time. When you haven’t got someone setting some kind of deadline and you’ve 50 crates of free wine… you tend to fall into apathy.” It was, Wright remembers “Both a lovely way of being and a horrid way of being.”

Still, they took the 12 songs they had demoed and played them to their record label. The label was not convinced. “We were all really upset about it, because we’d played this album that we’d poured our hearts into,” McMillan says. “And that night they held an emergency meeting, sitting round the table, us being quite despondent and them saying a lot of things that were really true, and I suppose it took about a week for it to sink in that what they were saying had ground. They told us we needed to take it seriously and we were screwing it all up. Before then we hadn’t really realised the amount of work you have to put in to fulfill your potential as a band.” “I guess,” adds Wright, “they convinced us that it was worth knuckling down and making a proper debut album.”

That same night the label helped them to draw up a kind of mission statement that the band named the 12 Commandments of Blaenavon and now keep pinned up in their band space in an old warehouse in rural Hampshire. “They’re useful things,” says McMillan, “like ‘Try to rehearse nine-to-five’, but also there are things about how we should be with each other and how we should be in life.”

Re-galvanised, the band began again, writing, rehearsing, rethinking how they should be. “We kind of had to screw up,” is the conclusion Gregory has reached. “And the way we screwed up worked out quite perfectly. If we’d recorded an album earlier it would have been quite juvenile.”

Though its preoccupations are youthful, the songs on That’s Your Lot are far from juvenile. They run the lifetime of the band — from those written fresh in the studio to the epic Swans, one of the earliest tracks they ever dreamed up. “ Swans is a remarkable song for me,” says Gregory, “because it was written when I was 15 and contains such clarity and sincerity, which I would usually be too afraid to utter nowadays.”

The six-year span this album covers means these are songs of burgeoning maturity — in Let’s Pray, Gregory examining the point where self-doubt drifts to wallowing, in Lonely Side, the contortions of desire and romantic indecision, in Take Care, the simple purity of platonic love. Meanwhile in Orthodox Man there is hedonism and abandonment and grandeur, and in the back-to-back placing of Swans and the album’s title track, the harrowing experience of falling in and out of love with the same person.

The band worked with producer Jim Abbiss (Arctic Monkeys, Adele, Bombay Bicycle Club) to create That’s Your Lot, whittling down their clutch of 100 songs, helping to find their sense and common thread. They were impressed by his track record of course, as well as his work ethic, but most of all by the space he gave them to find their songs. “He sits there,” Wright says, “and as soon as it’s necessary for him to he’ll interject and make us enthusiastic about what we’re recording, or make the tiniest suggestion, or if one of us has a concept he’ll know how to realise it.”

Blaenavon are a different band now to the one they were at the beginning. No longer slapdash schoolkids making it all up as they go along, they have an ambition and sense of purpose now, a desire to go further, bigger, better than before. In this collection of songs, in their stunning live shows, the sheer force of this band seems undeniable. And in Gregory, it is impossible not to see the kindling of one of rock’s great frontmen, an artist coming to recognise his band is destined to be something special.

The band have learnt much about their kit, too:

“I used to break strings all the time, but now I put on a fresh set before each show. And
the tone of new strings is unbeatable!”