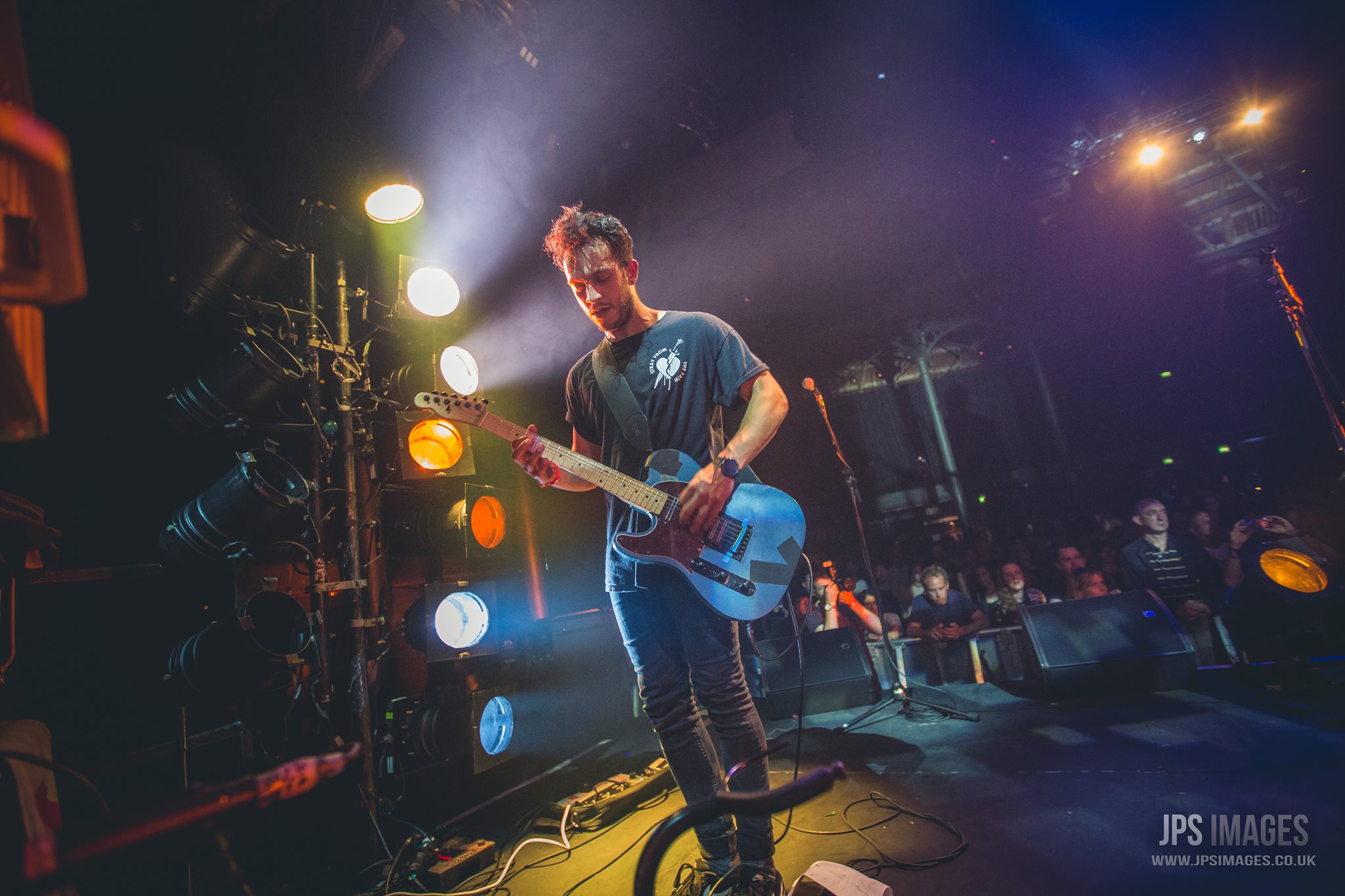 Drones are a four-piece punk rock band originating from the Surrey area. Formed by their love for all that is loud, fast and melodic, ex-guitarist/vocalist Daly George, guitarist Rob King, bassist James Kerr and drummer Mitchell Thomas set out to provide hysteria with socio-political tunes reminiscent of Anti-Flag, Strike Anywhere and Rise Against.

Having travelled the country playing all venues from festivals such as Download 2012 to underground squats, the band signed to Lockjaw Records in 2011 to release their debut album ‘Mutiny’. Several tours in the UK and around mainland Europe, with a BBC Radio1 Maida Vale session later, the band released their second offering, the Free Marked Kid EP in 2014.

The band have a large touring CV including sharing the stage with the likes of Funeral For A Friend, Gallows, H20, Neck Deep, Marmozets, Baby Godzilla & The Computers.

In 2015, Drones parted ways with ex-singer/guitarist Daly George and teamed up with vocalist Lois Mcdougall (Previously in Fallow Fields) & Guitarist Tim Kramer (previously in BAYEUX). The new lineup quickly bonded, set out writing new material and released the new single ‘Parasite’ through Lockjaw records in May 2016 along with a DIY video, shot by Ryan Chang in Brighton, edited by guitarist Tim Kramer and animated by Ben Goodey.  Despite some friction from slight change in musical direction, the single was recieved very well but fans and critics alike.

Early June saw the band head out to mainland Europe once again on a headline tour across 5 countries ending with a performance at Camden Rocks festival in Good Mixer. Although the band were exhausted from the long European drives, the room filled to the brim and engery levels were at an all time high.

The band now prepare for their main support slot at the prestigeous Camden Roundhouse venue for a Punk Weekender event in association with Doc Martens on the 9th July. Following that, they begin writing/pre-production for a new record to be released at the end of the year with the aim of touring relentlessly & hitting the festival season hard next year.

What the band say about Rotosound…

‘I started out playing bass as a kid; I remember when I was youger travelling specifically to a huge SoundControl store underneath HMV on Tottenham Court Road to pick up sets of Swing bass  strings which for a long while I used exclusively. I tried other brands for a period, some more expensive, but none of them retained that sparkly, sheen quality as long as Rotosounds. When I started playing guitar with Drones, it was only natural to use what I knew would be great, reliable products which would see me through many shows & keep their tone for many hours of playing. That is why I am using Rotosound strings.’