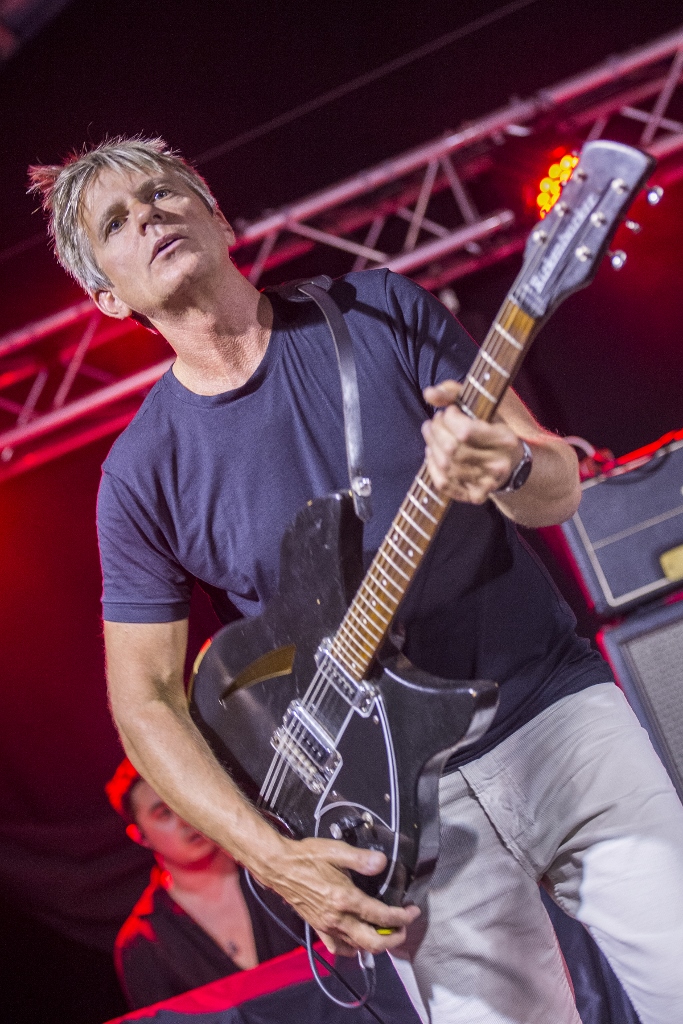 The Jam had amazing chart success with 18 singles and 7 albums to make the top 40 in the United Kingdom from their debut in 1977 to their break up in 1982. Their last 5 albums were all top ten hits and their last 8 singles made it into the top 10. Just Who Is the 5 O’Clock Hero? made the charts at no 8 as an import and remains the best-selling import singles of all time in the UK.

Bruce Foxton (another Rotosound endorsing artist) is a part of the English Rock and Roll establishment and is most commonly recognised as the bass player in legendary bands The Jam and Stiff Little Fingers.

In The Jam, he and drummer Rick Buckler were the driving force, power and rhythm section behind singer, guitarist, and songwriter Paul Weller. Bruce’s versatility is evident, taking lead vocals on David Watts (The Kinks) and News Of The World, which was one from his catalogue of own compositions. Foxtons most notable work being Smithers-Jones, done with bass/guitar/drums for the B-side of When You’re Young and later reworked with strings for the Setting Sons LP.

After The Jam split in ’82, Foxton pursued a solo career. He had a hit with the single Freak and collaborated with other musicians, until he got the call from Stiff Little Fingers’ Jake Burns, staying with SLF for fifteen years, recording four albums, namely, Flags and Emblems, Get a Life, Tinderbox, and Guitar and Drum.

In 1994, Rick and Bruce collaborated on Our Story, a biography of tuneful and cherished years in The Jam. Bruce toured with Bruce Watson, Mark Brzezicki (Big Country) and Simon Townshend (The Who) in 2006 as The Casbah Club supporting The Who in the U.K and Europe promoting their new album Venustraphobia. Bruce is now touring again performing all the classic tracks he helped to create.

Russel Hastings has been working with Bruce Foxton since 2006 when Russell and Rick Buckler were touring with The Gift which was formed in 2004.  Russell has been the only frontman to work with both Rick Buckler and Bruce Foxton since Paul Weller.  His passion and understanding of The Jam’s history is second to none and has toured the world playing to packed houses of Jam fans for years.  Russell was also co writer on Bruce Foxton’s last album “Back In The Room” which reached Number 21 in the album charts.  He also worked alongside Paul Weller in the studio in 2011.  The Jam fans have openly accepted Russell as the man that fills Paul’s shoes admirably and respectfully!

‘Rotosound have always been the name in the business for quality – just what I need!’