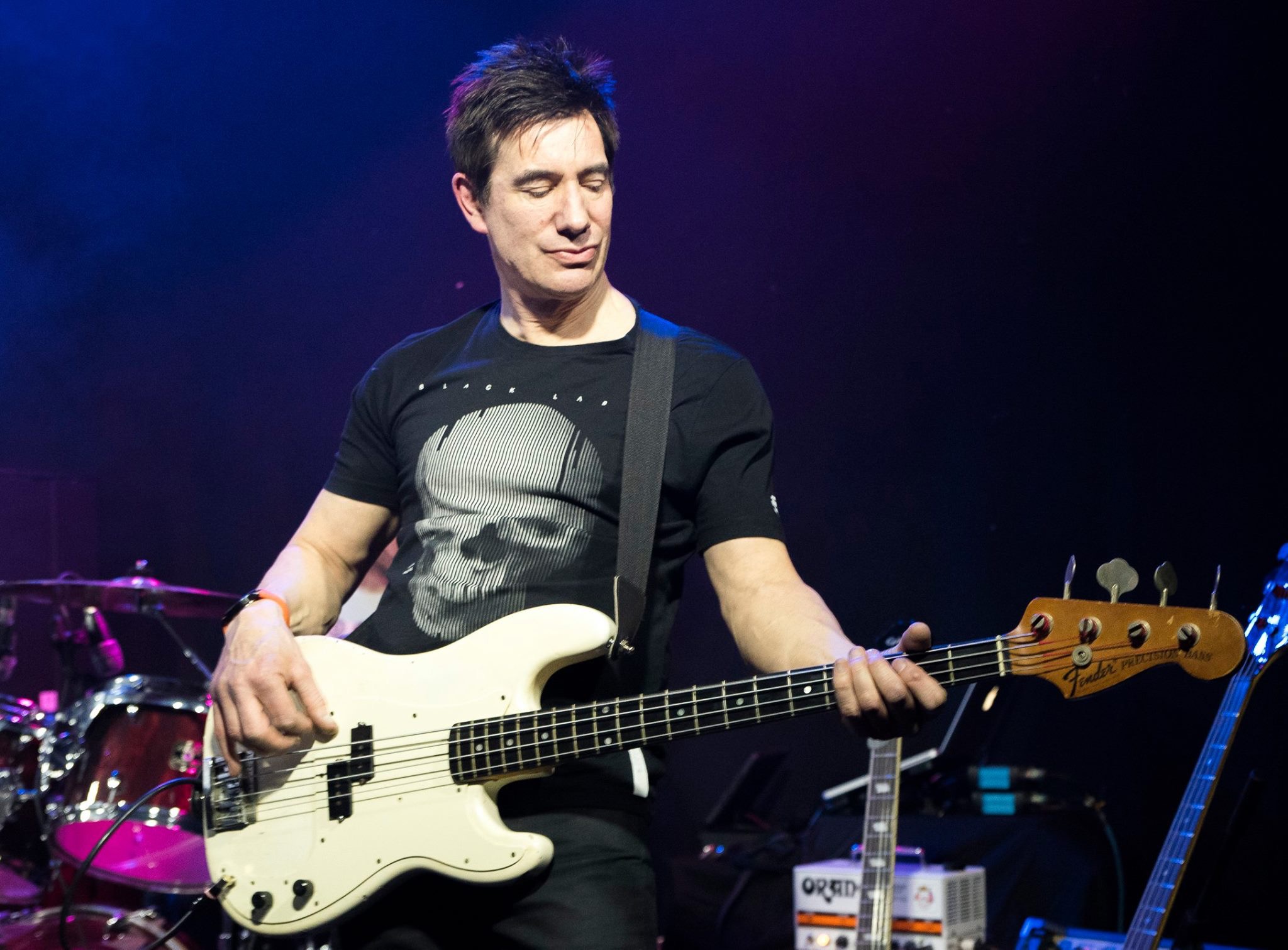 “We’ve all been playing music for years” says Pete. “Stuart, Phil and I were playing at a friend’s wedding. The gig was in a marquee, which happened to be in Jasper’s garden. It turned out that Jasper not only had a garden fitting for a rock ‘n’ roll wedding; he was also a bass player of some pedigree and in the band Then Jerico. We spent some time sharing stories about our various music adventures, influences and aspirations”.

Time passed, more musical adventures were had and then, in early 2014, they came together to form The Magic Es. Now, with a set of original tracks that range from anthemic rabble-rousers to acoustic foot-tappers, they’re unleashing their sound on the public.

In their relatively short existence they’ve achieved radio play, with their Undertones-influenced debut single Melody Jane, across more than 40 radio stations in the UK, USA and Australia. Rick Witter, of Shed Seven fame, also made it his ‘track of the week’ on his radio show. Anthem review went as far as stating that the band were “cut from the same cloth as The Who, The Undertones and The Jam” – high praise indeed! The debut EP, We Are Magic, is out now and is receiving similar praise from the press and radio. They also released their follow up single, One Shot, which saw the music video top 11k views across Facebook and YouTube in 48 hours!

If you like blistering, melodic rock that lodges itself deep in your brain to the point where you’ll be humming their infectious tunes for weeks then you’ve just found your new favourite band.