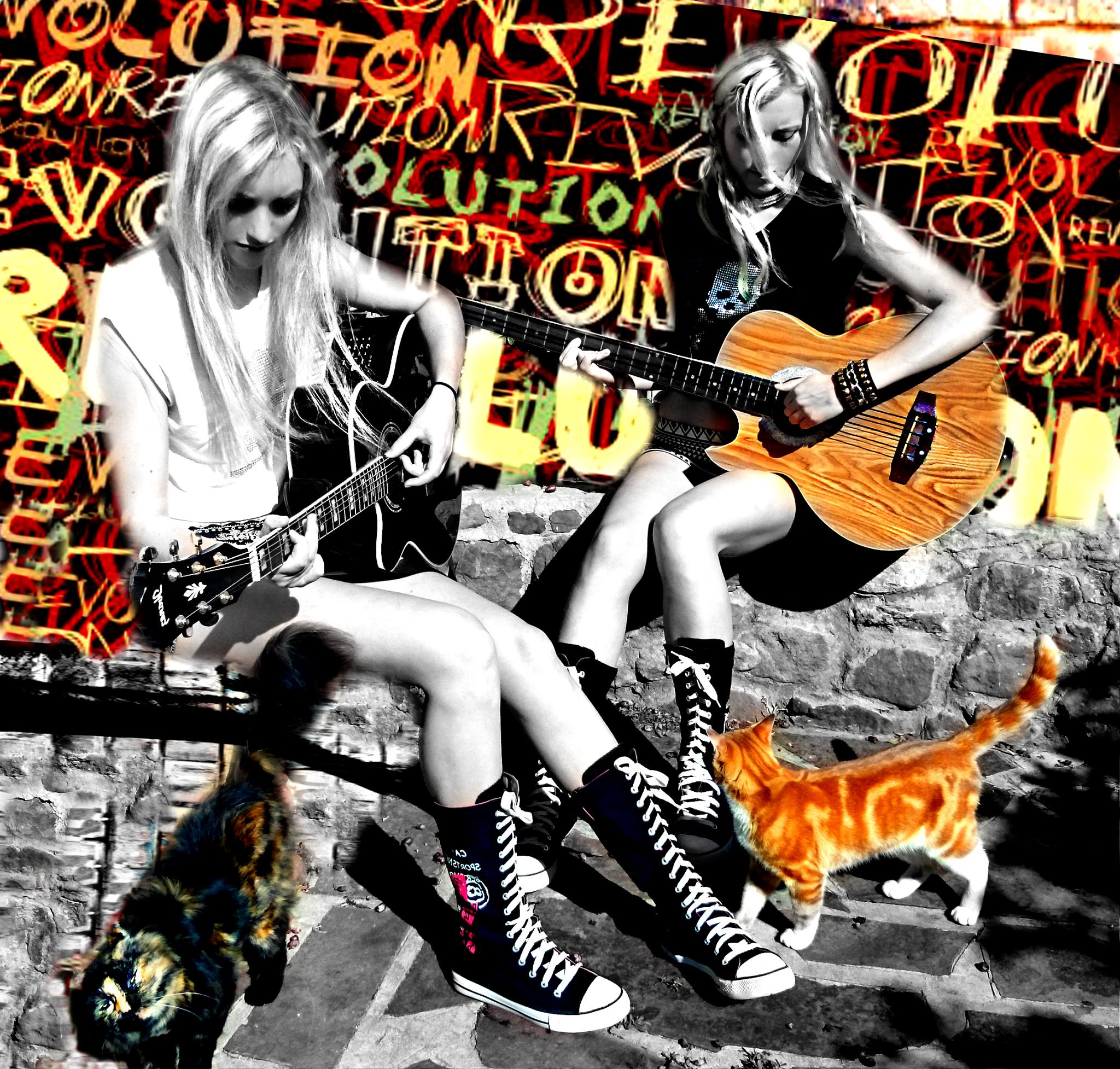 The SoapGirls, like their music are…. raw, gutsy, innovative, exciting. Linked in mind, body and soul, Mie and Mille are uncompromising.

Born in Paris France they relocated to South Africa. A long road already travelled, having started out as street performers at the young age of 8/9 years old while selling homemade soap and donating proceeds to charity (Hence their name The SoapGirls), They are no strangers to the entertainment industry and by the age 15/16 were signed to International label Universal Records South Africa, who released their debut album – ‘Xperience’. A more poppy/dance era of the girls musical journey, that gave them the Top 5 Hits ‘Sour’, Hurricane, In Your Arms and ‘Lucky Tonight’ and subsequent exposure on a number of major South African TV shows/compilation cd’s and National Tours. After four years, they simply could not grasp what the “TSG Movement” had become. So the girls took off for New York where they recorded and released another 2 singles, however they still weren’t 100% on the direction they were being pressured into. They returned to South Africa where they are now full-throttle with crafting their sound, their identity, their destiny, without interference. Relocation to the UK is underway.

The SoapGirls leave no mercy along the path they are travelling. One can get a false sense of security from their hugely respectful personas and utter professionalism, but when confronted with where they want to take their musical careers, their identity, this becomes a one-way street… their direction. Hugely focused and with utter conviction, TSG know where they are heading.