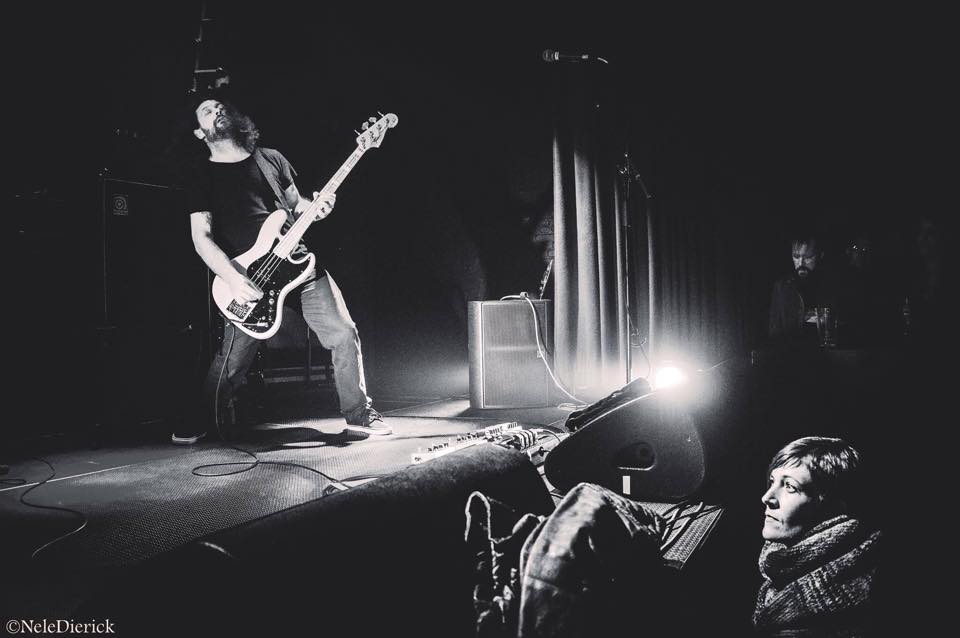 The swell emerges slowly on Sines before a mighty storm of sound unfolds. The album’s opening track Blind Them With Science erupts in cacophonous splendour as if to tell the world that Jakob has awoken from a long slumber. It’s a record that Jakob fans have waited upon for eight years. Some patiently, some feverishly, some believing that it might not ever arrive at all. As on their previous three albums and two EPs, Sines is built upon lushness and texturing. A journey that spits with menace and relapses into beauty as The sound of Jakob has ever been evolving, but is always unmistakeable.This, New Zealand’s most formidable sonic instrumental three-piece, formed in the sleepy seaside town of Napier, Hawke’s Bay in 1998. Their debut album Subsets Of Sets (2002) put them on the map, their sophomore Cale:Drew (2005) solidified them as one of the country’s true explorative musical outfits and their third album Solace (2006) took them to the world. On the back of Solace’s release they toured Europe, the UK, Australasia and the USA with the likes of Isis, Pelican, Cog and The Hidden Hand. As their reputation continued to build they were twice personally invited to tour with American prog-rock heroes Tool throughout Australia and New Zealand, and toured alongsideDamo Suzuki, frontman for seminal German psychedelic band Can.

Their previous album Solace was released in 2006 and in the eight years that have ensued various obstacles were thrown in the way of a new Jakob album materialising. By some freak coincidence all three of the band members all suffered debilitating hand injuries that would leave at least one person unable to play at any given time. Wrist surgery, broken hands and severed tendons all contributing to Jakob having to wait, and wait. Every time that momentum looked like building, the band were forced out of action and left to start again. Frustratingly this included cancelling a 29-date tour of Europe in March & April 2013.

Due to long time friend (and co-producer on all previous albums) David Holmes’ relocation to the UK – combined with the unpredictability of the bands progress, injuries and timelines on the album – the recording and mixing process for Sines was scattered. It was recorded between Auckland (Roundhead Studios) and Napier (Sister Lung Studios) with ISIS’ engineer Jono Gardner and Nick Blow, mixed by Jeff Boyle with pockets of guidance from the likes of David Holmes, ISIS’ Aaron Harris, and Nick Blow, and mastered by Chris Chetland at Kog.

And in good time, though a long time, the job was done, and masterfully so. Sines is being released on CD, double vinyl and digitally on October 17th on Valve (Australia), Shoot The Freak (New Zealand) and on October 21st on Mylene Sheath (Rest of the World). The release will be followed by significant European, American and Australasian tours.

On Sines each element in this triumvirate is as crucial as its counterparts. Jeff Boyle’s lush and commanding guitar work spirals before it ferociously explodes, the bass of Maurice Beckett growls and pulses like an electrical current, and the powerful surge of Jason Johnston’s drumming cascades between The sound is that of a heaving force alive and unbridled, like the soundtrack to a terrifying storm and the calm that follows it. It is an echo of the expansive surroundings of the band’s native Hawke’s Bay. The music personifying rough seas, sweeping landscapes etched with meandering rivers, and rough craggy mountains like Te Mata Peak, the place where Jakob’s award winning music video for Nice Day For An Earthquake was filmed in 2001.
While comparisons to bands like Mogwai, Sonic Youth, Sigur Ros & ISIS follow the band to give them context, Jakob have long since earned their reputation across the globe as a truly unique and artistic sonic entity. One of the country’s most heralded live acts with a back catalogue of critically acclaimed, and widely adored releases that have richly enhanced New Zealand’s musical legacy.

‘I chose Rotosound because they feel great, stay in tune and last. They also have an ideal choice of gauges for lower tuning for 4 string basses, which is great!’