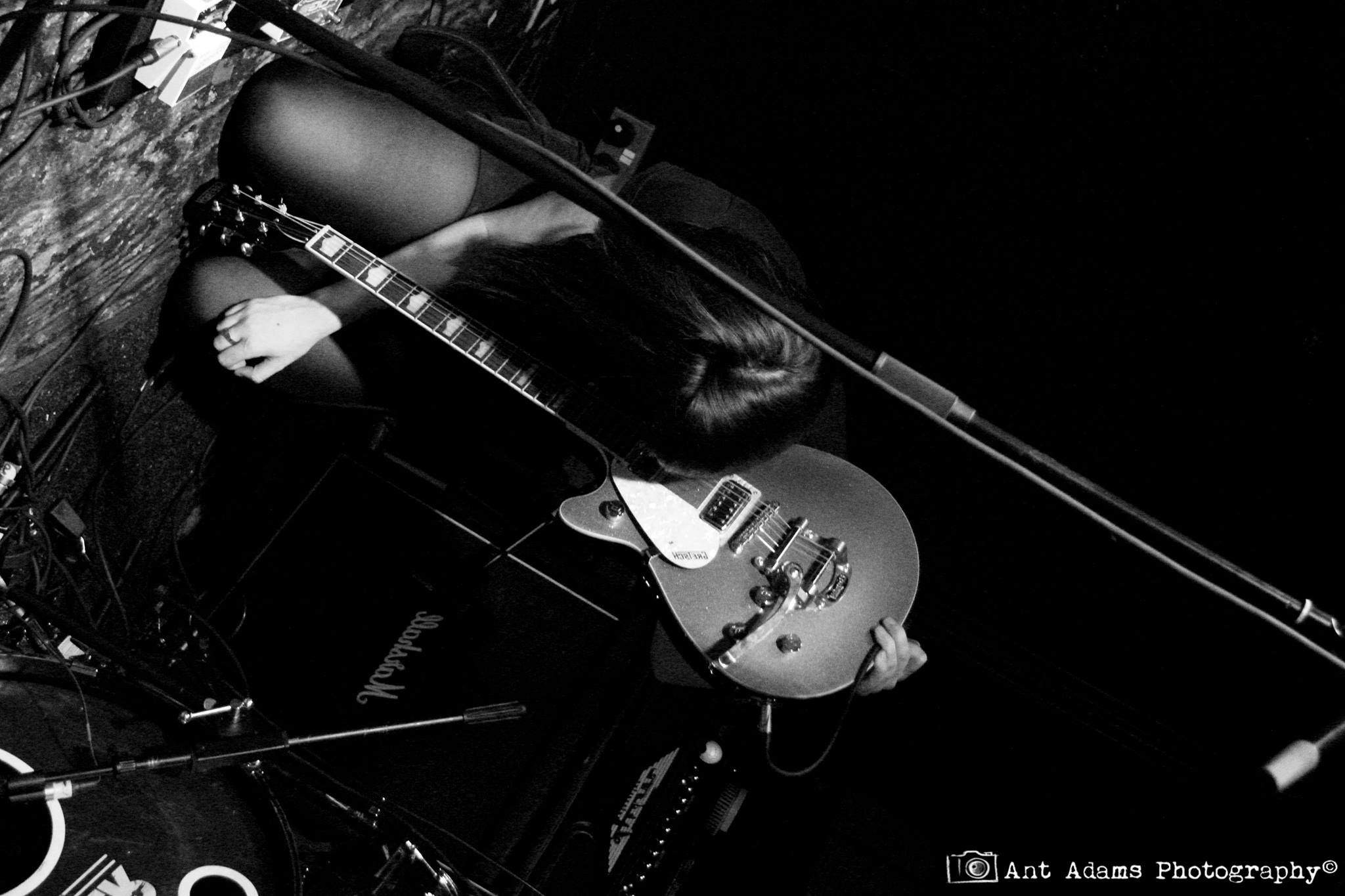 On their critically acclaimed debut 2016 EP SAD, Leeds-based duo Kamikaze Girls wanted people to know that it was okay to be struggling. Front woman Lucinda Livingstone’s lyrics spoke honestly and openly about her experiences with everything from anxiety and depression to addiction – it was the way in which her truth bravely shone through the songs so strikingly that made the band stand apart.

For vocalist and guitarist Livingstone and drummer Conor Dawson, 2017 finds the pair of friends in a more positive state of equilibrium, and a little more at ease with the ups and downs of life, riding high on their early success as they sign to Big Scary Monsters Records for the release of their debut album Seafoam.

Welcomed with open arms into the UK’s burgeoning and ever-developing DIY/punk scene and counting the likes of Petrol Girls, Personal Best, Great Cynics and The Winter Passing as not just contemporaries, but comrades, with Seafood they’re firmly placed to deliver a record that both underpins their roots on SAD, and takes giant leaps forward in the quality and substance of their output.

As a two-piece (guitar / drums) I’m constantly pushing for us to have a good amount of bottom end in my guitar sound, as well as bringing out top end riffs at the same time, and I’ve always found heavier gage bottom strings and lighter tops work best for me. I have used R12’s and R11’s previously and they seem to give me the perfect balance of heavier gage strings with a good high end for clarity. – Lucinda