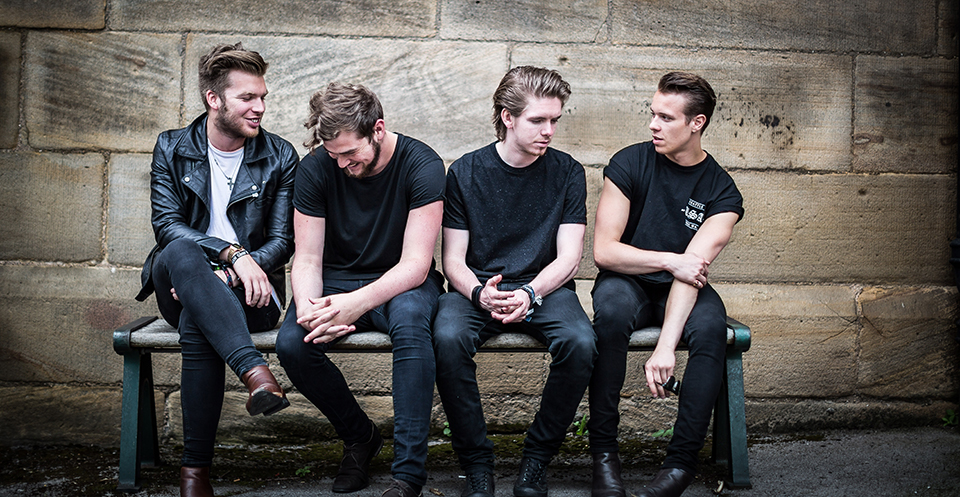  Averaging a show every 4 days, releasing 2 singles with a collective 50,000 views on YouTube and selling out their first ver headline tour in October, The Ratells had an incredible 2013.

The Sheffield alternative 4-piece, hotly tipped by BBC Introducing’s Christian Carlisle and mentioned on Huw Stephens’ BBC Radio 1 show in the summer, have gained a reputation as one of the country’s hardest working bands. Successful support slots with the likes of The Kaiser Chiefs, The Boomtown Rats and a huge 16 date support tour with Room 94 in July, along with over 40 shows in fans front rooms has seen the band nurture a fantastic grassroots growth in cities hundreds of miles from home.

The Ratells are perhaps best known for their close reationship with fans and incredible use of social media. Their guerilla gigs, in everywhere from shopping centres to train stations, the constant blogging, regular updates to their 1,500 strong mailing list and their insane efforts at personally replying to their ever growing (8,000) twitter and (4,000) facebook followers. The Ratells have done everything themselves, from booking their tours right down to licking the stamps on the envelopes of every piece of merchandise they sell.

This work ethic has seen the band reap the rewards.

Their first ever headline tour in October completely sold out. Their video for summer single ‘FACES’, consisting entirely of photos of their fans, hit 10,000 views within days and was named in the top 3 tracks of the year by BBC Introducing Sheffield. The band have recently made it further than thousands of other acts in Glastonbury’s 2014 Emerging Talent Competition to reach the final stages.

Spending 7 days a week in their rehearsal room fir the past 6 months has allowed the band to put together an impressive amount of material which they plan to drip feed their fans with a series of singles and EP’s over the next year.

The first, ‘Behind the Fire’, produced by Ross Orton (Arctic Monkeys – AM, Drenge, Jarvis Cocker) was first aired to fans during a recent live broadcast resulting in the track trending in the UK on twitter. 2014 is going to be a big year for The Ratells…

‘There seems to be a veritable mini-media storm surrounding the band, try to catch them live before they’re discovered or hit the cover of NME’ – Sandman Magazine

What The Rattells say about Rotosound

Rotosound have always produced the best quality strings that we have used, both for guitar and bass. Our shows are sweaty so we constantly need to re-string. Rotosound provide strings that last the longest and endure some really humid conditions, all while still sounding awesome